Windows 11 is almost upon us. But is it any good, are your devices compatible, and more importantly is it worth the upgrade when it releases?

When Windows 10 was released in 2015, Microsoft said it would be the final operating system they release. A few features/minor changes have been made to Windows 10 over the years, but otherwise it has stayed much the same.

Fast forward to 2021 when Windows 11 is announced, and aside from the quizzical looks there is something to be excited and interested about 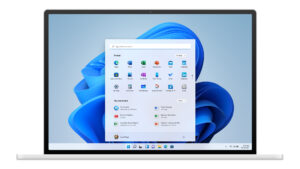 Most changes are how Windows 11 looks, rather than features or how it works. For instance:

This said, there are a number of new features:

So far, preview builds have shown that Aero Peek & Aero Shake are being removed from Windows 11, as well as the much loved (😉) Cortana. Tablet mode is also disappearing, although the functions of that are staying, with better touch gestures being enabled all around the OS.

The minimum basic requirements for Windows 11 are very low, and do not differ much from Windows 10

However, to be officially supported by Microsoft, you also need to have an 8th generation Intel Processor or 2nd Gen AMD processor.

Almost all computers released in the past 5 or 6 years will meet the minimum requirements for Windows 11. However, for official support the processor limitations are tighter, which needs to be from within the last 3 to 4 years.

Microsoft have released a tool to assess whether your computer is compatible, available from here: https://www.microsoft.com/en-us/software-download/windowsinsiderpreviewpchealth

When is it being released?

Microsoft have announced the release of Windows 11 will be on 5th October 2021, which for those with supported processors will start to be offered as a free in-place upgrade from that date.

Users with older processors can install Windows 11 on their computers, although Microsoft are hinting that this will only be possible by performing a clean install, and other sources suggesting that even then Microsoft will not produce security updates for these computers. 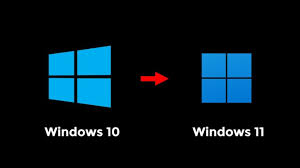 From a business perspective, we would advise holding off on upgrading any of your computers until it becomes a more established operating system. Particularly as many businesses still have a mixture of hardware, compatibility with third party software packages will differ in almost every environment. The larger your business, the longer we would recommend waiting!

Indications from Microsoft appear to be that they would really like people to buy new machines with Windows 11 rather than upgrade existing machines, which is reflected in the upgrade options being suggested.

With Windows 10 supported until 2025, there is no need to rush, and any computers that are not compatible now would need replacing prior to that deadline.

Although the cynic in us might say that Windows 11 is just an opportunity for the whole hardware & software industry along with Microsoft to make customers buy new computers, there are some good new features and improvements to Windows 11. Also, just remember that Apple have been using planned obsolescence as part of their business plan for years across their entire brand, so nothing new there… 😉

Should you upgrade? For your brand new home computer purchased last week, yes. For anywhere else, not yet and even then we would advise holding off until you purchase a new machine that comes with Windows 11 preinstalled.

Windows 11 is almost upon us. But is it any good, are your devices compatible, and more importantly is it worth the upgrade when it releases? Background When Windows 10…